Guess who has internet at her very own flat now?

The blog posts are going to start pouring forth!
Posted by jessi at 9:25 AM 1 comment:

As per your request.

No one can say that we here at Way to Go Kevin! aren't responsive to the changing tastes of our blog-reading demographic.

Well, I suppose that somebody could say it, but he or she had better say it quietly, like under his or her breath in the form of a mutter or sotto voice. Because otherwise someone else might hear him or her and think he (or she) is a doofus.

Anyway, all that to say, here are some pictures requested by our loyal fans (or, in this case fan).

Well, let's just be up front. It was Sam. Sam wanted to see these pictures.

This is my street in Bath. The building down at the end of the street is an art museum. 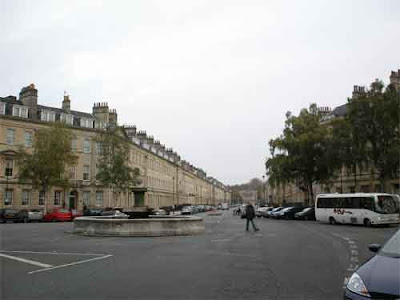 My apartment is not nearly so posh as my street. It's studio with a small livingroom/bedroom and a kitchen. It's enough for me, but I feel the pinch when people come over. This was taken on Thanksgiving. It's a good thing my friends don't mind sitting on the floor. Behind the white iron lattice is my bedroom. 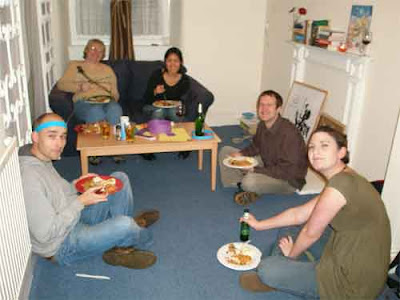 So this is open into the living room, but I've solved that problem with some clever use of tulle. Well, almost solved it. 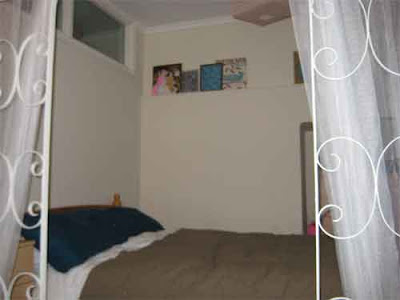 The bedroom and living room make an L-shape that is filled in by the cutest little kitchen you've ever seen. (I took this picture before I moved in, it's less bare now) 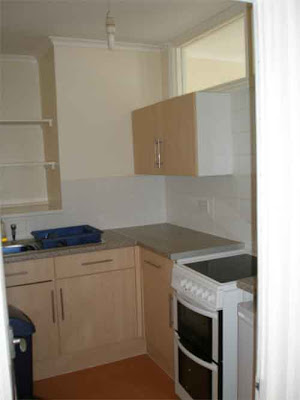 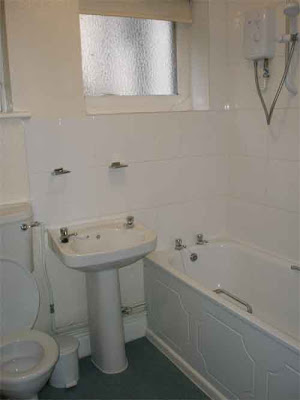 Oh, and this is haggis. 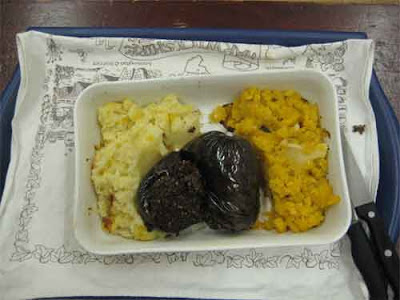 I don't know if the casing in this instance is really sheep-stomach or if it's plastic. I didn't look into it. Sue me.
The potatoes and yellow stuff (called neeps) were great. The haggis was okay. It tasted like weird-tasting sausage.
Posted by jessi at 10:09 AM 5 comments: 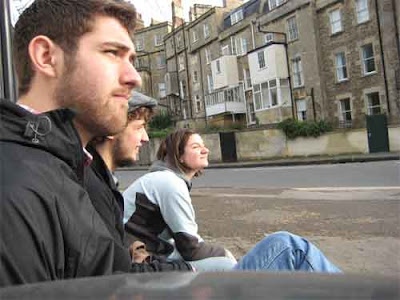 My friends Stephen and Jared from AK stopped by England on the beginning of their TOALT (Trip Of A Lifetime (my title)). It was great and bizarre to see Alaska friends walking along the streets of Bath.

Eating haggis (not as revolting as you might think)

Lunching in Oxford at the Eagle and Child (the pub where C.S. Lewis and J.R.R. Tolkein and some less famous authors met twice a week)

Visiting All Soul's Church in London and being reminded, yet again, that the body of Christ is vast and encouraging

Watching Star Trek: Voyager in the cave-like "chill-out room" at a London hostel accompanied by the sweet, sonorous slumber of Les, the old Welsh stoner.

Going by the name "Maisy" for an evening

The boys are very laid back travelers, which suited me just fine. They've gone off now to do Paris and the Middle East.

And I'm back home, facing my looming classes.

It'll be nice to get back in the swing of things after two months of lost momentum. My context module is The Short Story and starts on Monday.